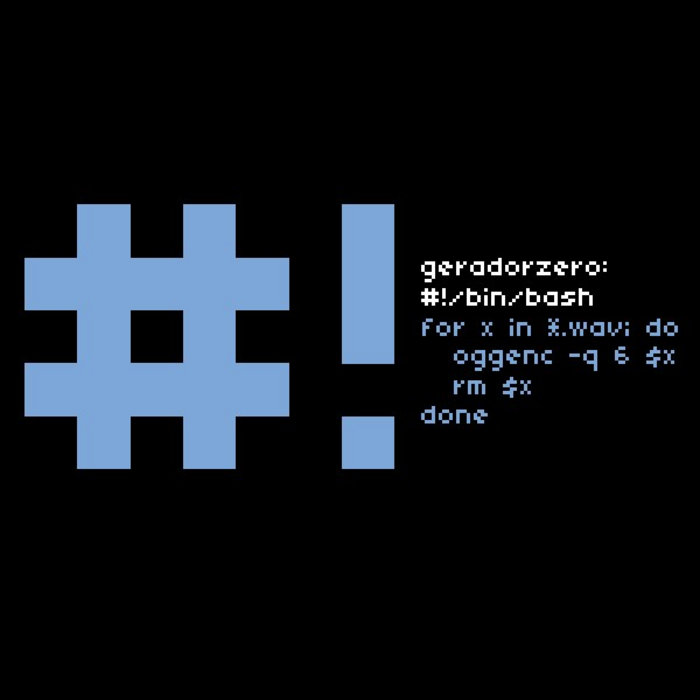 2. It's the first line of all scripts on Linux/Unix that make use of the Bash shell, a fundamental piece of the GNU system.

The EP has this name because:

1. I'm a geek and I've been trying to make some tracks about GNU/Linux for some time.

2. Weird names are cool (If you don't believe it, ask Aphex Twin).


Why do the tracks have these strange names?

It's a Bash script. If you write this inside a text file and run it on Linux (or MacOS X, or Windows with Cygwin), it will work perfectly. What does it do? Well, if you know Bash, you already know. If you don't, I'll explain it:

#!/bin/bash
(Tells the system to use Bash to run this script)

Obviously you'll need oggenc for it to work, but most Linux flavors come with it pre-installed.